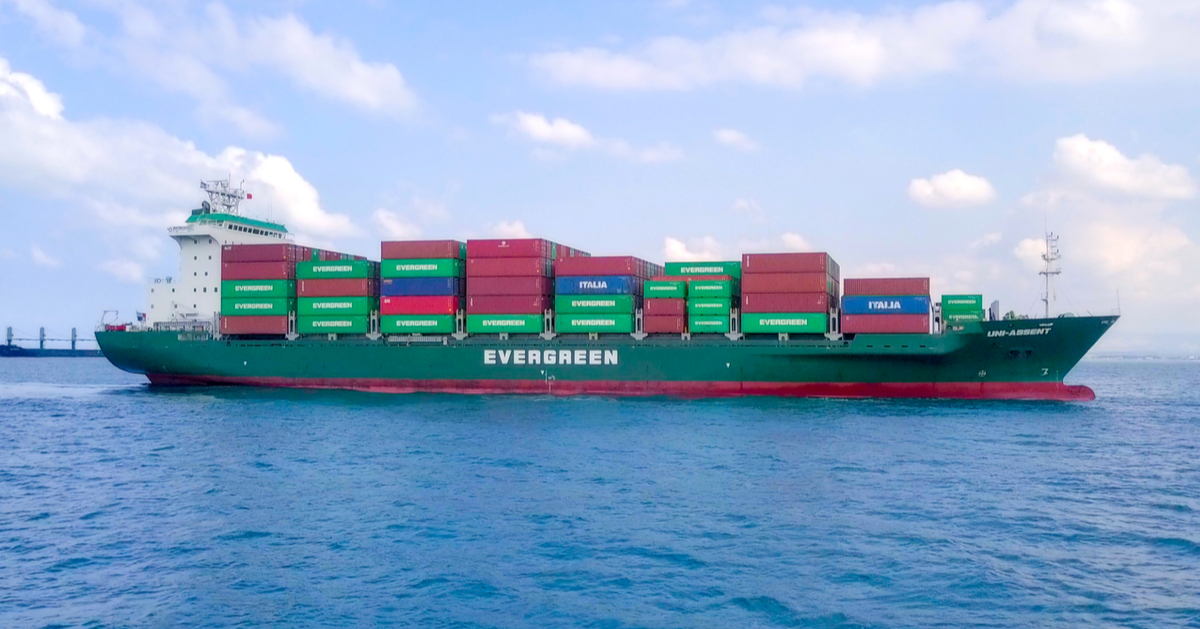 “It’s 10 PM. Do you know where you’re children are?” Parents in the late 1960s were well acquainted with this iconic catchphrase crossing their television screens to remind them to keep their children safe from danger. After hearing about the newest cargo ship run aground today, professionals in the supply chain are likely asking a similar question; “It’s 10 PM. Do you know where your freight is?”

What Happened: Ever Forward Is Stuck

On Sunday evening, the Ever Forward ran aground in the Chesapeake Bay while headed toward Norfolk, VA. The vessel became stranded just a week before the anniversary of its sister ship, the Ever Given, blocking the Suez Canal for six days. According to ABC News, “the ship is stuck in about 23-feet of water but is not blocking traffic in the bay’s deep-water channel.”

As of March 15, 2022, the cause for running aground is as unclear as the following steps to free the 1,095-foot container vessel. Global News reported that the parent company, Evergreen Marine Corporation, “has arranged for divers to inspect the stuck vessel, assess for damages and create an action plan to refloat the ship as soon as possible.” The already tricky logistics required to move a large ship are also concerned about possible pollution in the towing process.

Why the Stuck Ship Will Impact Deliveries

The Ever Forward situation will impact deliveries in many ways. For some shippers, their cargo is on the ship itself. The delays in getting the vessel afloat may cause onboard live animals to perish, foods to spoil, or reefer energy reserves to drain. Additionally, any other shippers contracted to work with the Ever Forward soon will see container visibility ETAs push back substantially.
Last year, the Ever Given “held up nearly $60 billion of trade,” according to Wired, and was unable to continue moving freight for a staggering eight months. In a season where e-commerce is at an all-time high with capacity at an all-time low, the supply chain can not risk another cargo ship out of commission.

What Can Shippers Do? Get Accurate, Real Time Container Visibility

As shippers and BCOs rapidly try to confirm, and even reconfirm, that their freight is not in the Chesapeake Bay, companies without ocean container software tracking are at the highest disadvantage. Lack of visibility prevents shippers from critical proactive responses such as arranging the next overseas shipment or having a clear answer to begin utilizing warehouse inventory. In the face of this second stranded container ship, it’s essential to consider the benefits of container visibility, such as:

At the rate that Evergreen ships are finding themselves stranded, shippers and forwarders need to consider the possibilities of this occurring again in the future. How can they be best prepared for the impact of their lost freight or by a sudden increase in the capacity crunch? How can they avoid the sudden flood of phone calls from customers asking where their products are? The use cases of container tracking software have proven that container visibility answers these questions. To learn more from a company already tracking over 97% of global shipments, book a demo with OpenTrack today.