What Does New Legislation Mean for Ocean Shipping? 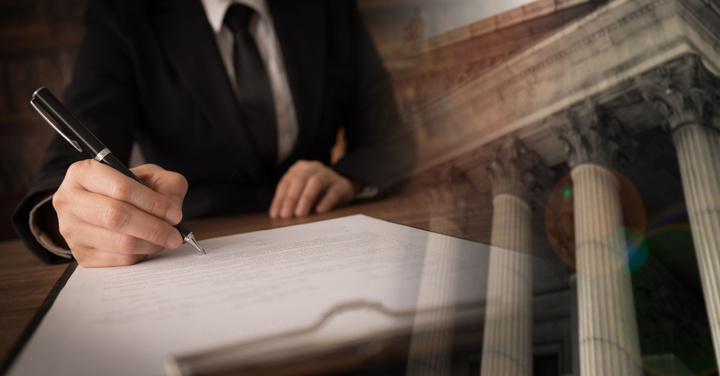 The Biden administration achieved two major legislative victories in the past six months. The first of these victories, the Ocean Shipping Reform Act, was signed into law on June16, 2022. The second, the much-publicized Inflation Reduction Act, was signed by President Biden on Aug. 16. Together, these laws represent the most significant regulatory strides taken by the federal government in over two decades.

However, with such bold action taken by the federal government, many shippers wonder what these new laws have in store for their operations. To help inform apprehensive shippers, we have outlined these two pieces of legislation — the Ocean Shipping Reform Act and the Inflation Reduction Act — and broken down what they do, who they affect, and what they mean for shippers and their customers.

After passing the U.S. House of Representatives in December 2021 with a strong showing of bipartisan support, the Ocean Shipping Reform Act (OSRA) was introduced to the Senate by Amy Klobuchar (D-MN) and John Thune (R-SD). Once the Senate passed the bill, the Ocean Shipping Reform Act went to President Biden, who signed the bill into law in August 2022. The bill, which championed a near-overhaul of the current state of ocean shipping at the nation’s ports, aimed to revamp the outdated supply chains that had adversely affected constituents from coast to coast. In a rare showing of bipartisan solidarity, both houses of congress elected to implement massive reforms within a strained ocean shipping industry.

Ultimately, the goal of the OSRA is to empower a previously lackluster regulatory agency, the Federal Maritime Commission (FMC). Founded in 1961 to replace the Federal Maritime Board, the FMC regulates ocean commerce. However, the deregulatory push of the 1980s and 90s helped defang the commission’s pursuit of tight industry oversight.

The federal government’s bolstering of the FMC’s regulatory abilities comes in reaction to the rise of an increasingly powerful yet small group of common carriers. As buy-outs and competition see the number of common carriers shrink, those that survive drivel the tightening grip of shipping prices. FreightWaves reports that “10 shipping lines control nearly 85% of the global market whereas 25 years ago, the top 20 companies only controlled half of the total market.” With sky-high inflation rocking the post-Covid economic landscape, the Biden administration felt that increased regulation would force these major carriers to act with the best interests of the shipping industry at heart rather than their bottom lines. On a phone call with retail industry leaders last year, President Biden noted:

“The underlying elements of our economy are incredibly strong, stronger than any other nation in the world. But inflation is a problem. This won’t solve it all, but it will solve a big piece of it,” President Biden said.

How Will the OSRA Affect Shippers?

According to its website, the Federal Maritime Commission plans to “pursue enforcement action against any conduct perceived to establish open-ended obligations or include coercive tactics circumventing the clear direction of Congress.” according to Global Trade Magazine, this crackdown on dubious demurrage and detention practices comes after fees at ports increased by a global average of 39%. Along with greater regulation of demurrage and detention comes a need for improved container visibility for shippers looking to plead their case against common carriers.

The FMC hopes to further its authority over ocean shipping by implementing a national shipping exchange registry, which will include oversight over all existing and yet-to-be-established shipping exchanges. The commission hopes this registry will allow for improved communication between shippers and carriers and standardize data and operations in an unpredictable logistics environment. Industry leader John Veson told Supply Chain Digital that normalizing data would enable vital information to be shared directly with charterers, brokers, agents, and trusted counterparties. That information includes voyage updates, real-time visibility into shipments, and contract details.

However, as the demand for data increases, shippers will be expected to have container visibility data ready to provide to the FMC, which has many shippers turning to container tracking software.

As an exploratory measure of the Ocean Shipping Reform Act, the FMC plans to report on the adoption of technology at ports and how improved technology could streamline a sluggish supply chain. “The report will consider general capabilities, an assessment of whether technology at U.S. ports could lower cargo handling costs, regulatory barriers, and the effect on labor,” according to FreightWaves. With a renewed emphasis on efficiency at port, much of the container shipping industry is turning to container tracking to access the container visibility they need.

With the memory of recent supply chain debacles still fresh, the Ocean Shipping Reform Act includes a provision for the FMC to declare a state of emergency at the nation’s ports if the commission’s report indicates that ongoing supply chain congestion warrants such action.

FreightWaves reported, “An emergency order could include requiring ocean carriers or marine terminals to share directly with shippers, railroads and motor carriers information relating to cargo throughput and availability to ensure efficient transportation, loading, and unloading of cargo.”

How Can Shippers Prepare for the OSRA?

The Ocean Shipping Reform Act insists that shippers comply with the regulations of a newly empowered Federal Maritime Commission. Shippers should partner with a reputable container tracking platform to ensure that they’re ready to comply when regulations, emergency orders, or increased data demands come. With a container tracking platform, shippers can access the container visibility they need to comply with the FMC’s new guidelines and have standardized data to support claims against powerful common carriers.

The Ocean Shipping Reform Act isn’t the only piece of legislation set to impact today’s shippers. Signed into law on Aug. 16, 2022, the Inflation Reduction Act resulted from the protracted negotiations surrounding President Biden’s Build Back Better Act. The bill, which narrowly passed the Senate along party lines, received attention for its impact on the social safety net, climate provisions, and corporate taxes. However, less-discussed provisions of the Inflation Reduction Act will have outsized effects on shippers, ports, and ocean container transit.

According to the Environmental Protection Agency, the transportation sector accounts for a staggering 27% of all U.S. greenhouse gas emissions. In hopes of lowering transportation emissions, the Inflation Reduction Act offers shippers considering a new vehicle a tax credit worth either the difference in price between a diesel or electric vehicle or 30% of the truck's price. With this incentive, the Inflation Reduction Act aims to inspire shippers to build more sustainable fleets.

However, the Inflation Reduction Act’s incentives don’t stop at electric vehicles. With incentives for warehouses, ports, and other logistics hubs, the Inflation Reduction Act aims to reward shippers for implementing sustainable supply chain strategies. With this in mind, many shippers are choosing to implement container tracking software solutions to access the container visibility they need to build greener, more efficient logistics operations.

To decrease pollution in and around ports, the Inflation Reduction Act includes $3 billion for terminals and port authorities to work toward zero-emission operations. However, as FreightWaves reports, the Inflation Reduction Act  defines “zero-emission port equipment and technology as being ‘human-operated equipment or human-maintained technology’ and therefore excludes automated technology from being grant eligible.”

How Can Shippers Prepare for the Inflation Reduction Act?

Between the Ocean Shipping Reform Act and the Inflation Reduction Act, the Biden administration has created a new world for shippers in the United States. With a greater emphasis on competition and an environmentally-minded push toward supply chain efficiency, the nation’s shippers should expect a transformed logistics industry within the coming years.

However, the large-scale changes promised by the Ocean Shipping Reform Act and Inflation Reduction Act include a wide range of challenges for shippers. In pursuit of sustainability, the inflation reduction act promises to overhaul existing port infrastructure in favor of sustainable solutions. While these repairs and construction projects will improve operations in the long haul, they pose immense challenges to shippers already facing port congestion. The bipartisan Ocean Shipping Reform Act, meanwhile, is using the Federal Maritime Commission’s regulatory sledgehammer to ensure American shippers remain competitive at American ports. Still, these regulations require shippers to have both an on-the-ground understanding and a birds-eye view of their logistics operations. With these changes, the Inflation Reduction Act and Ocean Shipping Reform Act outline a vision for a new world in ocean freight shipping, leaving shippers wondering how to adjust.

Partner with OpenTrack today and see what unprecedented container visibility can do for your business today.