Port Congestion 2023: Which Ports are the Most Congested? 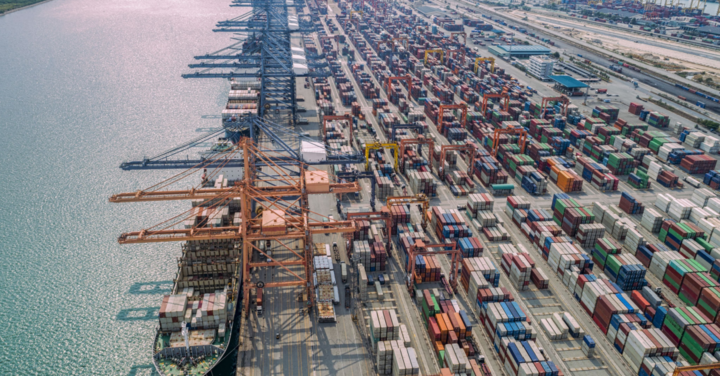 Worrying predictions for port congestion in 2023 prove that we’re not yet clear of the troubled logistical waters brought on by the COVID-19 pandemic. As shippers scratch their heads and ask, ‘why are ports congested?’, port owners and operators are scrambling to find solutions to higher prices, ongoing maintenance issues, and perpetual delays. These issues and others make it more vital than ever for shippers to know which ports to steer clear of. To make it easier for shippers to navigate the turbulent waters of port congestion in 2023, we’ve compiled a list of the slowest, most congested ports muddying the waters of today’s global logistics industry.

Congested on Arrival: Which Congested Ports have the Highest Container Dwell Times when Importing?

Port congestion in 2023 didn’t happen by chance. inadequate staffing means that front-end slow-downs can muddle the logistics process, and a lack of reliable maintenance means that logistics hubs are often short on needed equipment. To make things easier on importers, we’ve assembled the five must-avoid ports for importers around the world.

Located on the West coast of Mexico, this congested port is the busiest in the nation,  handling nearly all freight bound for Mexico City. However, recent increases in imports have seen container density skyrocket. The unprecedented density of containers has slowed down container emptying times, leaving fewer available containers–a common trend in port congestion 2023. As Mexico Business News reports, “The shortage means that importers encounter wait times upon arrival of their merchandise and, to guarantee the availability of transport equipment, individuals must pay additional fees.” Between the container shortage and density crisis, the average dwell for importers in Manzanillo has skyrocketed to 6.97 days.

Since the summer of 2022, owner-operators have known their dissatisfaction with a new California labor law. AB5, short for “assembly bill 5”, is a new California labor law that would reclassify large numbers of gig economy workers as  “employees” rather than “contractors.” In expressing their dissatisfaction, owner-operators have staged multiple protests at the Port of Oakland. Though reporting from SupplyChainDive has sources stating that the logistics professionals are “...back to work and helping tackle the backlog of cargo,” the slowdown has nonetheless disrupted operations at the congested port, contributing to a container dwell time for importers of 6.92 days and causing significant West Coast port congestion.

In October of 2021, the Port of Long Beach, in collaboration with the Biden Administration, proposed a fee structure they hoped would help the congested port. The fee, which has been continually delayed since its proposal, “... calls for a charge of $100 per container dwelling nine days or more, escalating $100 per day (i.e., $200 on the second day, $300 on the third, etc.), meaning that fees would quickly spiral,”  according to reporting from FreightWaves. However, despite these measures, congestion at the port has recently surpassed the previous record for port congestion. With complications and deliberations ongoing, the Port of Long Beach is currently seeing a dwell time for importers of 5.61 days.

With unprecedented and well-publicized congestion in Shanghai, the congested Port of Qingdao is seeing the adverse ripple effects of a strained supply chain. According to Bloomberg, “A shortage of port workers at Shanghai is slowing the delivery of documentation needed for ships to unload cargoes, according to ship owners and traders.” In dealing with the consequences of increased congestion at Shanghai, “the combined ports of Rizhao, Dongjiakou and Qingdao saw a 33% increase to 121 vessels.” This unprecedented increase–a result of a worker shortage upstream in the supply chain–has driven the dwell time for importers at Qingdao up to 5.17 days.

In late July, staff at the Port of Felixstowe–the largest container port in the United Kingdom–decided to strike. According to Reuters, “The dockworkers join a growing wave of employees, in a range of sectors from rail to telecoms, resorting to industrial action as pay rises fail to keep pace with inflation which is expected to hit double digits in Britain by the end of the year.” As with many logistics operators in 2022, the operational staff at the congested Port of Felixstowe find themselves trapped between their customers' demand for fast, affordable logistics and their staff’s demand for an equitable wage. This difficult situation has forced the import dwell time at Felixstowe to 5.09 days.

Slow Getting Out: Which Ports have the Longest Container Dwell Times when Exporting?

From labor unrest to continued repercussions of the COVID-19 Pandemic, ports across the globe are facing difficulty importing, with more troubles on the way for port congestion 2023. However, importing constitutes only half of a broader supply chain picture. Shippers can develop an up-to-date understanding of what they can expect from today’s congested ports by turning to export processes and the issues surrounding them.

Northern European ports have been some of the hardest hit by increasingly volatile port congestion throughout the global supply chain. With congestion in Rotterdam nearing peak levels, and labor unions threatening to strike, the Port of Bremerhaven is paying the price. Although those in charge of the port are considering “...whether to redirect shipments to nearby facilities such as Gdansk, Wilhelmshaven or Zeebrugge…” according to reporting from ShippingWatch, it remains unclear whether further dispersal of growing congestion will help Bremerhaven lower its export dwell time, which currently stands at 9.40 days.

While human error is often to blame for port congestion, there are occasionally larger forces at play behind a congested port. This is true of the recent Norfolk port congestion, which presented a supply chain nightmare for much of the East Coast. According to the Journal of Commerce Online, “...snowstorms on the last two weekends of January caused operations to shut for 96 hours, and ships bunched outside Norfolk Harbor as a result.” Although these delays have since been addressed since the port opened extra berths to mitigate congestion, the Port of Norfolk is still left with a sluggish 9.10 days of container dwell time when exporting.

Like congested ports around the globe, the congested Port of Savannah is struggling to meet skyrocketing demand for timely importations–to the detriment of their exporting operations. According to reporting by the Wall Street Journal, “... import demand could slip if retailers pull back orders because they are weighed down by excess inventories as inflation pressures cut into consumer spending.” Until the demand for imports go down, either through reallocation or inflation, the Port of Savannah is left to contend with a container dwell time of 9.10 days when importing, further exacerbating the perpetual slowdowns expected in port congestion in 2023.

Although much of the logistics industry’s geopolitical focus has been on Ukraine in recent months, another conflict threatens to roil supply chains worldwide and exacerbate port congestion 2023. Located on the coast of South Eastern Taiwan, the congested Port of Kaohsiung is a vital port for the electronics industry, the energy industry, and other sectors vital to the world economy. However, as Aljazeera reports, “...Vessels had also been hesitant about approaching the major port of Kaohsiung in southern Taiwan, seeking to avoid the large drill zone located just offshore.” Wary of becoming involved in a geopolitical skirmish, ships avoiding the Taiwanese port have increased the average export dwell day to 8.61 days, further exacerbating congestion at port.

For Port Congestion in 2023, Shippers need a Logistics Partner they can count on.

Around the world, congested ports of all sizes are wreaking havoc on the global supply chain. Without real-time visibility, shippers are forced to struggle against the unpredictable landscape of port congestion in 2023. With OpenTrack, shippers can access the real-time container tracking they need to maintain full visibility over their logistics and the fully-integrated, cross-platform communication they need to make last-minute adjustments around congested ports. For the real-world logistics crisis of port congestion in 2023, shippers need real-time visibility. Book a Demo with OpenTrack today, and see what full supply chain visibility can do for your business.