What a Complicated Labor Landscape Means for Freight Visibility 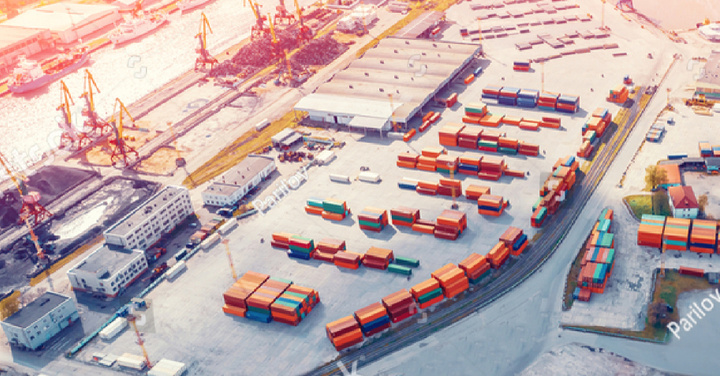 Since facing a massive rail strike with the potential to cost upwards of $2BN a day, logistics industry labor relations have been top of mind in recent months. Suddenly, labor relations, an often forgotten aspect of an increasingly high-stakes logistics industry, were front and center on the mind of shippers, their customers, and U.S. regulatory agencies.

With rail unions having rejected the Biden-backed deal that would have ended negotiations, shippers have to wonder about the future of logistics industry labor relations. With nervous shippers in mind, we’ve dug into the top three labor must-know labor issues for shippers.

On Sept. 15, President Biden announced that his administration had helped negotiate a tentative agreement between freight rail unions and the freight rail companies, subject to member ratification. The President’s announcement was a relief for multimodal shipping professionals and the U.S. economy as a whole. Michael Hanson, Senior Executive Vice President for Public Affairs of the Retail Industry Leaders Association, said in a Sept. Statement, “Freight rail in America accounts for around 40% of long-distance freight volume—more than any other mode of transportation. A strike at this juncture would be devastating to the rail industry and to millions of American retailers and other businesses.”

For businesses throughout the U.S. economy, the multimodal shipping opportunities afforded to them by the vast network of freight rail networks across the country serve as the backbone of their supply chain. Multimodal shipping has allowed freight to move seamlessly from ships to rail, to LTL or FT transportation without the delays of repackaging. For American industry, the loss of multimodal shipping through freight rail, even for a short time, wouldn’t be a mere hiccup: it would be a disaster.

But despite President Biden’s Sept. 15 announcement, the possibility of the disaster remains. As of Oct. 28, the members of two different labor unions have voted to reject the proposed agreement. Both the Brotherhood of Maintenance of Way (BMWED), a division of the Teamsters and the Brotherhood of Railroad Signalmen have rejected the Biden-backed deal. For both unions, the issues of working conditions and sick leave remain top of mind, with the tentative agreement reached in September failing to fully recognize the concerns raised by union members. Supply Chain Brain reports, “The result signals continued discontent over compensation, working conditions, and sick-leave policies among some of the more than 100,000 union-represented workers of U.S. freight railroads.”

Although the workers represented by both organizations have agreed to maintain the status quo in their operations, the likelihood of a future work stoppage remains to be determined.

Flexibility Through Visibility: A Must-Have in Multimodal Shipping.

It’s not just domestic labor issues that imperil the U.S. logistics industry. Across the Atlantic, at the British ports of Felixstowe and Liverpool, workers are holding repeated strikes to ensure that their pay keeps up with inflation. As the BBC reported on the continued strikes at Felixstowe in early October, “About 1,900 union members also took action in August, with Unite asking for a pay rise to match the inflation rate - currently at about 10%.”

As labor issues cause trade to slow at Felixstowe, the U.K.’s largest container port, and Liverpool, an important hub for trans-Atlantic trade, port congestion throughout the rest of the U.K. and Europe has skyrocketed. Reporting on increased congestion at Southampton, a prominent U.K. port southwest of Felixstowe, CNBC wrote, “The weekly average TEU capacity waiting off port limits seems to be the highest recorded in recent months, reaching 37,593 TEUs the last week of September.” Throughout an already congested European port network, the ongoing labor issues in the U.K. have caused abrupt increases in container volume.

For U.S. shippers, the work stoppage at Liverpool poses a unique risk. Before the strikes, the Port of Liverpool saw as much as 89,400 TEU, with a significant portion of that volume bound for transatlantic trade routes. Work stoppages at Liverpool and rising congestion at other European ports threaten to disrupt transatlantic trade, placing an undue burden on inflation-weary U.S. shippers. Although workers at both Felixstowe and Liverpool appear willing to resume talks soon, U.S. shippers are left watching nervously from across the pond.

Slowdowns at international ports can seem like an impossible challenge for U.S. shippers. Between time zones, differing communication methods, and multiple sources of truth, vital logistics information can quickly get lost between borders.

However, by working to improve Atlantic container line tracking through ocean freight visibility, shippers can access the on-demand communication assets they need to adjust quickly to labor issues. By integrating an API (Automated Programming Interface) into an existing tech stack, worried shippers can easily communicate asset location and status with international logistics partners. A proprietary, cloud-based API platform accessible across all platforms ensures that every member of a shipper’s supply chain is kept up to date.

While multimodal shipping and British labor issues tend to take center stage, shippers can easily forget about a third multi-billion dollar labor issue brewing on the West Coast of the United States. As negotiations sputter and stall between the International Longshore and Warehouse Union (ILWU), which represents more than 22,000 transportation workers, and the powerful Pacific Maritime Association, West Coast supply chains hang in the balance.

The labor issues behind a potential West Coast port strike in 2022 stem mainly from what the ILWU perceives as contract violations by members of the Pacific Maritime Association ahead of scheduled renegotiations. As CNBC reported, “The ILWU claims that SSA Marine, a member of the Pacific Maritime Association, “circumvented the assignment of work” by having the National Labor Relations Board get involved and award the cold ironing jobs to another union, work that should have gone to their members according to contract terms.”

These contract breaches, mostly to do with the proper division of labor as shippers scramble to make up for time lost to COVID-related supply chain issues, have further frustrated workers, even as negotiations are ongoing. Increasing tensions, the Pacific Maritime Association has since accused the ILWU of exacerbating slowdowns at ports, leaving conditions ripe for a West Coast port strike in 2022 as union members continue to work without a contract.

Although the ILWU has made clear that a work stoppage isn’t an imminent threat, shippers remain on edge at the prospect of a west coast port strike in 2022. As the Conference Board, a non-profit think-tank specializing in economic trends, wrote in late October, “If there were a 15-day work stoppage at the Ports of Los Angeles and Long Beach in 2022, it is estimated there would be a reduction in annual GDP of $7.6 billion [...] A shutdown of this length is highly unlikely, but even a more plausible shutdown of just a couple of days comes with costs—estimated to be about $0.5 billion per day.”